Established in 1982, SMBC Boys is one of the oldest and most successful boys volleyball clubs in the country.
We have earned 34 medals - and counting - at Junior Nationals over the years, including those below.

SMBC West Volleyball Club for Boys is a program on the cusp of greatness.

Based in Thousand Oaks, SMBC West taps into the talent-rich regions of the Conejo Valley, Ventura County, Malibu, Simi Valley, Calabasas, and the western San Fernando Valley. The club has its core three central goals: (1) train well and develop fully the young male athletic talent of the area in the sport of volleyball; (2) teach the boys of this community how to be excellent young men through the vehicle of athletics; and (3) compete on-court to win matches at the highest of competitive levels.

SMBC West fields four to six travel teams annually across multiple age divisions and practices out of a handful of facilities, all located in Thousand Oaks a stone's throw from where the 101 fwy meets the 23. We have assembled a truly exceptional coaching staff, all under the guidance of SMBC West Director Matthew Diaz, a highly respected long-time boys club coach coach and director.

We also have a boys youth and juniors training program for 4td-8th graders who want to train, but are not yet ready to step into the commitment of club volleyball in full. We encourage you to speak to our Director or any of the families in our program about what it means to be part of SMBC West! 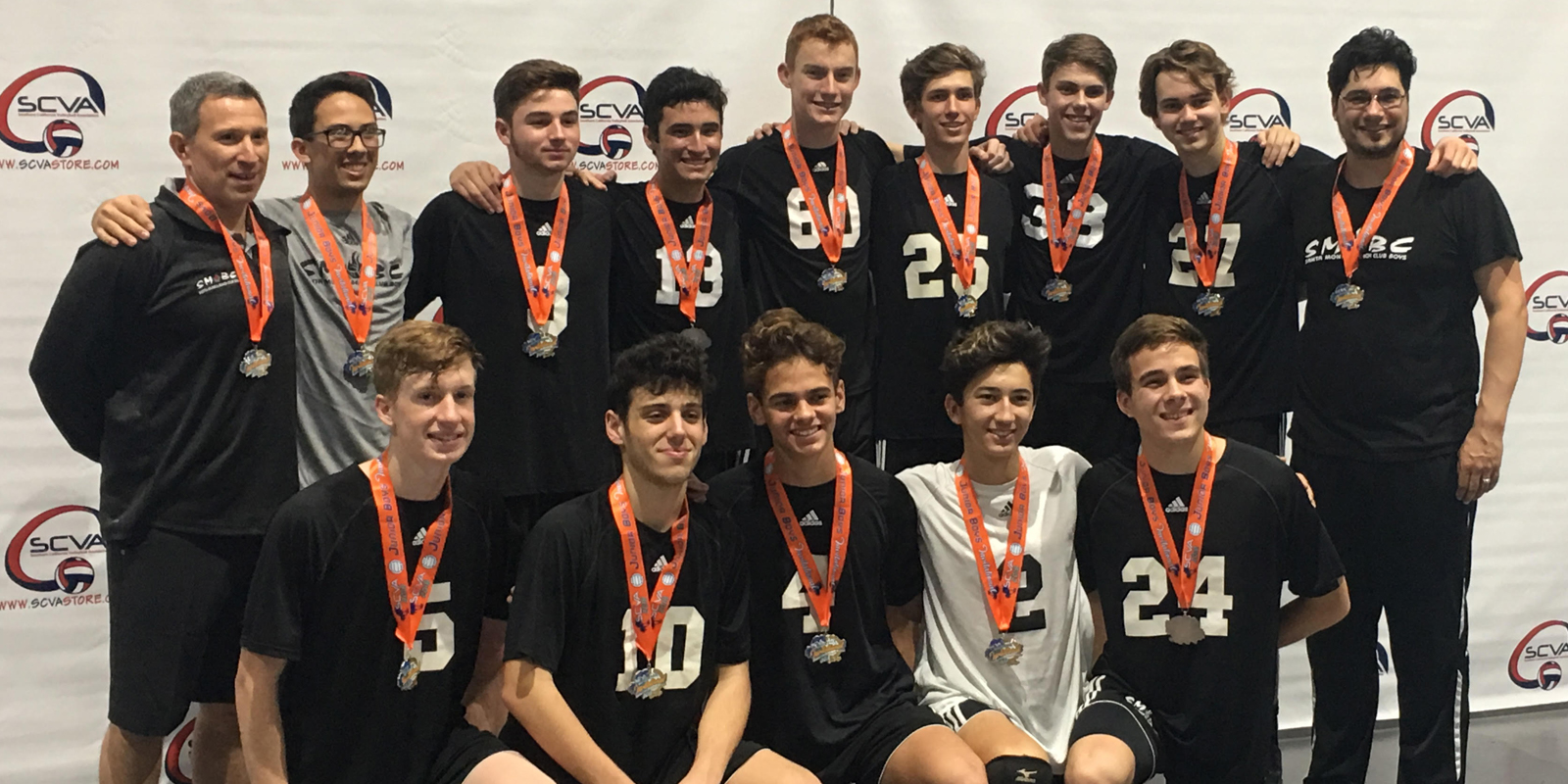 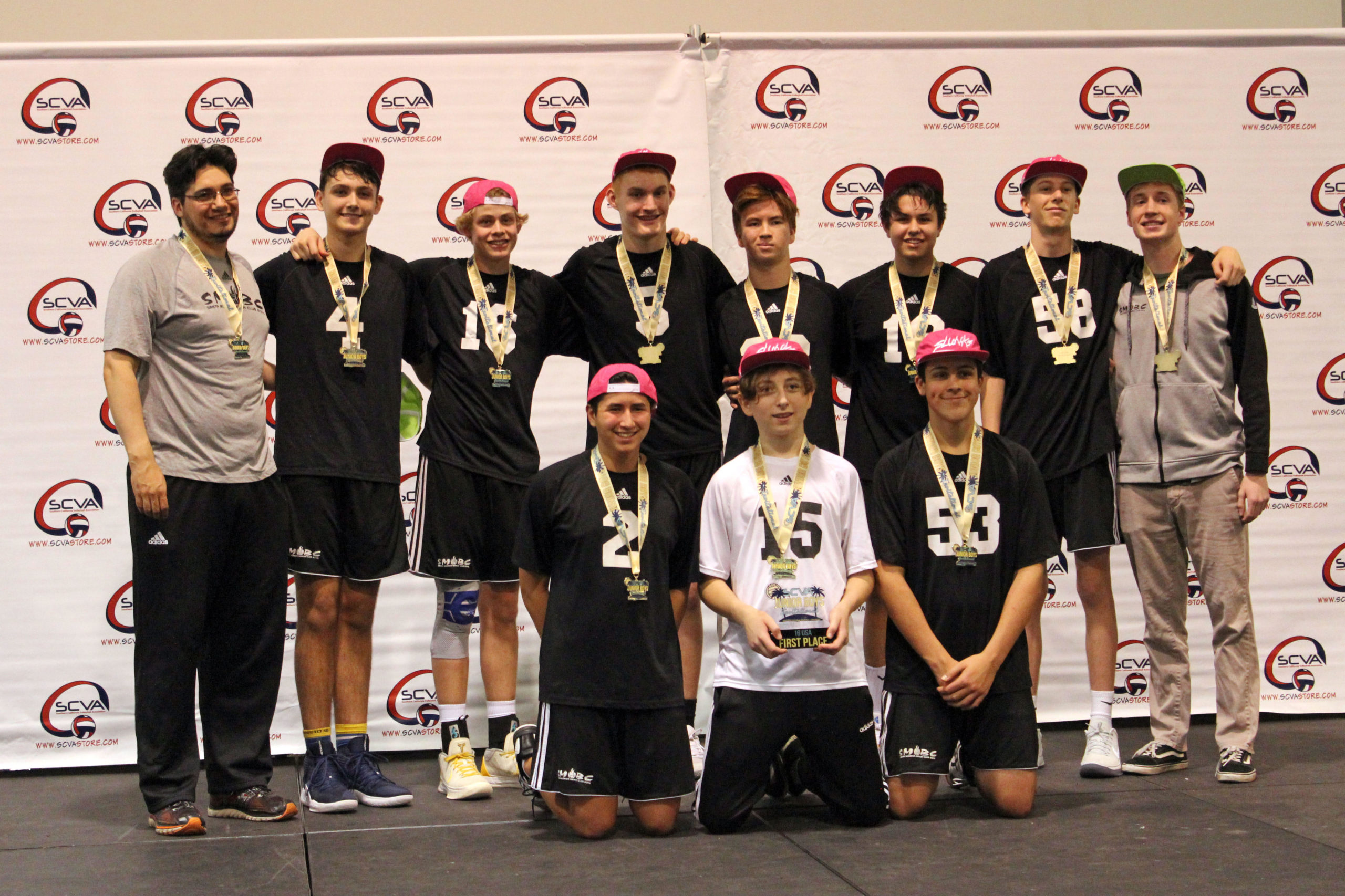 An accomplished player and product of the Southern California volleyball pipeline, Matt transitioned from successful athlete in the 80's at University High School, Santa Monica College, and Cal State Northridge to an amazingly successful coach in the 90's and beyond; his first gig as an assistant at his alma mater high school netted two City Championships, and that is just the start.

Matt was the Club Director of the famed Pacific Palisades Volleyball Club ("Pali") for 17 years, all the way up to when he helped launch SMBC West. At Pali, his club won ten medals at Junior Nationals (half of them his own teams), and produced a vast number of All-Americans, NCAA Champions, Olympians, AVP beach professionals, and international overseas professionals. He also was a founding member of the coaching staff that built USA Volleyball High Performance, and coached for the program for twelve years ('01-'12).

Matt is a teacher first, in volleyball and in life. He has taught middle school for LAUSD for more than twenty years, shaping and molding the minds and bodies of the future leaders of our city. At SMBC West, Matt builds and guides the gentlemen of tomorrow with his hard work today. He values passionate competition, hard work and dedication to craft, playing the game the right way, respecting his opponent, and never comprising integrity; in other words, using volleyball as the vessel by which we teach our athletes to be responsible, contributing members of society.

Please feel free to contact Matt with any questions about the SMBC West program. His contact information is below and he is eager to speak with you.

In Spring of 2017, the excellent people behind three of the most successful and recognizable names in junior boys club volleyball – SMBC Boys, Bones Volleyball Club, and Palisades Volleyball Club – joined forces to bring to the Conejo Valley and its surrounding areas a boys club volleyball that has at its core three central goals: (1) train well and development fully the young male athletic talent of the area in the sport of volleyball; (2) teach the boys of this community how to be excellent young men through the vehicle of athletics; and (3) compete on-court to win matches at the highest of competitive levels.

Welcome to SMBC West, the fruit of this collaboration.

SMBC Boys is one of the oldest boys clubs in the country. The club has left an indelible mark on the volleyball community with more than 50 medals earned in national competition and alumni scattered throughout the ranks of men’s collegiate volleyball. It is the flagship boys club program for LAVA.

Bones Volleyball Club was the oldest exclusive boys volleyball club in the Conejo Valley area with almost a decade spent training and developing the boys youth of the community. The goal of Bones was to teach young athletes proper fundamentals, develop skills, teach them how to compete, and give them the tools they need to be complete athletes, excellent teammates, and exemplary human beings. Under the steady leadership of Founder Doug Magorien, Bones teams earned multiple national competition medals and a slew of Top Five and Top Ten finishes.

Palisades Volleyball Club was one of the oldest and most successful boys volleyball clubs in the country and over almost three decades built one of the finest reputations for honor and integrity, coaching excellence, and competitive dominance seen anywhere in the country. Behind long-time Owner/Director Matt Diaz, Palisades VBC rose to exceptional heights.

Bringing the best of SMBC, Bones, and Pali together and working off its defined set of core goals, SMBC West swiftly compiled -- and has continued to compile -- an outstanding coaching staff that features some of the finest coaches working today, not to mention a few of the most successful, recognizable, and popular coaches in our Conejo Valley volleyball community. Our coaches are well-respected as both volleyball coaches and as human beings, with strong pedigree and strong personalities.

SMBC West has already found significant success since its inception, whether winning national medals, earning qualification bids to Junior Nationals, competing in the upper echelons of the region, or simply in taking the boys of today and teaching them what it means to be gentlemen -- gentlemen who also happen to be very good, very competitive volleyball players.

We hope you will come see for yourself what it means to play for SMBC West.

The Boys Youth Program at SMBC West has been successful for several years. The program is seasonal -- Winter, Spring, Summer, Fall -- with each session running for multiple weeks. The cost per player for each session depends upon the length of the session (customarily ranges from $80-$160 per player). Practices are typically 75 minutes long.

The program is designed to give young male athletes a taste of volleyball in a encouraging environment that mixes quality skills training with lots of competitive games to build a passion for this excellent sport. The program is coached by professional, paid coaches; it is not volunteer-based and, as such, the training value and player growth is significant.

SMBC West houses one of the finest coaching staffs you will find, a tremendous coaching staff full of men and women of great character and experience. Our staff has multiple past or present high school and college coaches, international athletes, collegiate All-Americans, and Junior National and National Team players. We strive to train our athletes to become the best volleyball players, and finest people, they can be. In addition, our coaches understand the volleyball of this area and the volleyball of Southern California, and understand the strategies and systems required to be successful in a competitive environment. They also understand what it means to cultivate a team and strive to ensure the experience of our athletes is a positive one they will take with them, a rare trait in today’s club environment.